The more I write about the salt, the more questions keep popping up.

Many people are asking if the dark sediment that stays on the bottom of the glass is toxic?

Which sea salt is better, the darker one or the whiter one?

What about the Flower of sea salt (Fleur de sel)?

What about the heavy metals and other pollutants that are washed into the sea?

What about the differences in the sea salt quality relating to which sea it was taken from?…..

There is a never-ending line of questions regarding the salt.

I do not have a lab available to test the salt and I do not trust the reports given by those who sell it, and since I am very disappointed in the fraudulent tactics our science is using to push political and other hidden agendas. Instead of showing you the chemical reports, let me explain the facts about the salt in general.

My opinion has always been, when you understand the foundation, you have something on what you can build on and it makes it easier to make knowledge-based conclusions.

So, where does the sea salt come from?

Do not answer “from the sea” please. Such was the popular answers in the primary school of those who did not study their homework.

How does the salt appear in the sea would probably be a better way to ask the same question?

We are all familiar with the water circle. Water evaporates, condenses into a fog. The fog rises. Higher it gets the cooler it becomes. It becomes dense and forms the clouds.

The clouds condense further and form droplets of water. Those droplets adhere one to another and they form the raindrops.

The rain falls back on the ground and absorbs into the soil.

As the water seeps through the soil, it dissolves minute particles of the elements that it encounters and carries them along into the streams, then rivers and finally it ends up in the sea.

As the sea surface heats up, the water evaporates and starts another water cycle, leaving the dissolved minerals behind.

Day after day, year after year, century after century….and the sea water becomes saltier in time.

Seas and oceans are not stagnant. They constantly move causing currents and the water is mixing itself in the process.

The sea water is a colloid. All those dissolved elements have an electric charge so the sea water is an excellent electrical conductor. Those charged particles repel one from each other and this ensures a stable colloidal content.

Because the sea water is a colloid, it is easily absorbed into our body. Those people who claim that we cannot absorb minerals from salt are ignorant parrots capable of only repeating what they have been told. They have no real knowledge and they have a low IQ since they cannot think for themselves.

There is no better way to stock up on minerals than by ingesting sea water. Everyone on the Self Healers Protocol has their own experience of fast growing hair and nails. This also means their bones are solid as they receive plenty minerals through the salt they consume daily.

Now, do we need to be concerned about what we hear regarding the dangers of the presence of salt in our diet?

Relay on your observation, knowledge and clear thinking. Stop your dependence on other people opinions. You will be better off relying on yourself then those brainwashed “experts” I guarantee you that much.

Going back to the salt, as the sea water is constantly flowing, the mineral content of the seawater becomes more or less uniform. I say more or less because there can be some small deviations but their significance is not even worth mentioning.

Since the seawater contains almost all the elements found on this planet you can be sure that your body will find there what it might be missing and it will reject what it does not need or what is in excess.

Because of the great variety of elements in it, the sea salt is less salty than the table or the rock salt we are accustomed to using, and it has a particular, pleasant taste to it.

How is the sea salt harvested?

The sea water is trapped in shallow basins, where it evaporates and the sea salt that remains there is scooped on a pile.

Depending on how rough was the sea when it was entering the shallow beds and depending on the content of the shallow water, the sea salt can have some color to it from the sediment. Usually, it is gray but it can be pinkish or brownish as well. The color does not change the salts characteristics and its mineral content.

It is good to know where are the salt ponds located because if they are near some heavy industrial site the rain can bring in some toxic sediment as it washes the surrounding areas surface bringing the toxic debris with it into a salt pond.

As I have mentioned earlier, the chemical content of the sea salt will be pretty much the same no matter where does the sea salt come from as the sea water flows and mixes itself from one ocean to the other.

This phenomenon is used in Malta as there are underwater caverns of stagnant sea water. When it rains the rain water seeps into those caverns and remain floating on top of the sea water.

The local population uses this sweet water deposits as their water source but if the rain does not come for a while, the water they use will gradually become saltier an saltier as the rainwater gets depleted.

I am mentioning this because some of you are asking me about the special and expensive sea salt called the flower of salt or in the French language the -Fleur de sel.

This type of sea salt is the first salt that becomes skimmed from the surface of the salt pond as the water is evaporating salty thin crust forms on the surface.

Such salt is whiter but the question is, is it healthier?

I do not see any reason why would such sea salt be any better than the regularly scooped sea salt.

Yes, it does not have the darker sediment but we have forgotten one thing.

Oil and biological debris float on the surface. This means that this type of salt will contain more oily residues if they are present in the sea.

Most of those flower sea salts are harvested in the Mediterranean and the Adriatic sea. Those are closed seas with heavy industry and millions of people full of lotions on their skin swimming in them. Heavily motorized traffic so obviously plenty of oil floating on the surface.

Personally, I would avoid this type of sea salt these days.

Do your own investigation. Locate where your sea salt is harvested and decide if it is ok or not.

I get my sea salt from Sechura here in Peru. This is on the Pacific coast. The salt is gray, sometimes more than others depending on the sea conditions but who cares. There is no heavy industry nearby so all is good.

If you have any other questions let me know. If the question is asked by several people, I will blog o it. 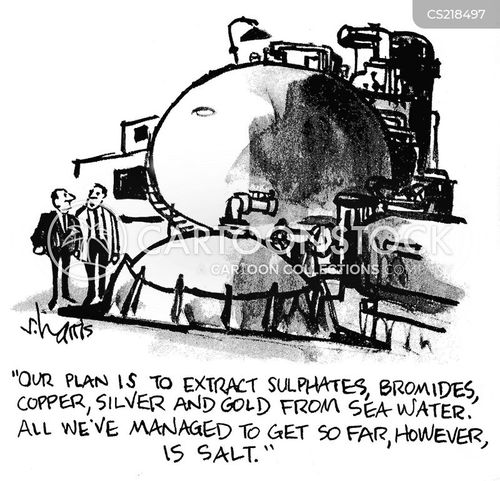 17 thoughts on “WHICH IS THE BEST SEA SALT TO BE USED WITH THE HEALING PROTOCOL?”